Interview with CEC Topper in GATE 2013

Happy to inform you that Toms Varghese of CEC 2010 CS Batch has brought another feather in the crown of CEC, i.e. 57th All India Rank in GATE 2013. This is a wonderful achievement, of course, of which all the CECians can ever be proud of! He’s joining IISc Bangalore for his M.E Congrats, buddy! 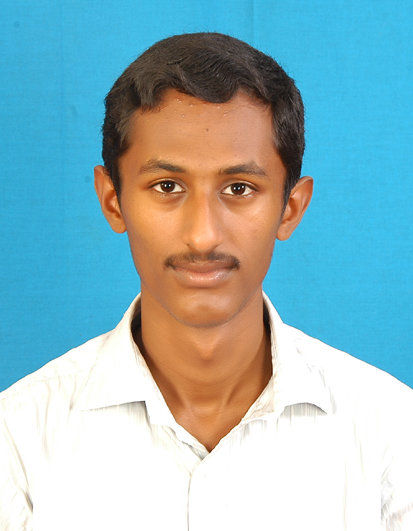 Following is an interview with Toms, which you might find useful.

1. Have you taken GATE earlier and how was your performance in it?

Yes. I had registered for GATE 2012 when my friends registered. It was just for fun and attended it without any preparation. I scored 34/100 and AIR rank was 18K+ (Percentile – 88).

2. Can you recollect when you started preparation for GATE 2013?

I never thought about doing Masters until I finished writing my 2012 GATE exam. On analyzing GATE 2012 questions, I understood that the questions were easy and I couldn’t answer many questions mainly because I lost the touch of subjects. I felt it could be cleared if I could prepare well. So I decided to prepare for GATE 2013 seriously.

I initially tried to prepare myself. But due to my work load, I never had the mind set to sit and study. So, finally I decided to join GATE Academy Chennai for weekend classes. Thus, preparation started from July 2012 onwards.

3. When you started your preparation, what was your aim in GATE?

I was only aiming to get a good rank under 150 so that I could get direct admissions in to IITs without any further tests or interview. I didn’t think about studying M.Tech at that point.

4. What were the subjects you felt tough (for CS)?

Computer Organization and Architecture (COA), parts of Theory of Computation (mainly Turing Machine), Algorithms (mainly analysis of a given piece of code), Discrete Mathematics (mainly Combinatorics and Probability Theory) and Networks problems. Since these subjects/topics were difficult to understand, I put in extra efforts to learn and understand it well.

5. What were the subjects you felt were easy (for CS)?

6. Which books and material did you refer to in your preparation?

I was mainly studying from my own class notes from the coaching centers. For few subjects, I referred texts for better understanding of the topics.

Computer Networking: A Top Down Approach by James F. Khurose

Apart from my class notes, the main resource was internet, especially wikipedia for all my unanswered topics

7. How did your institution (The GATE Academy (TGA), Chennai) help in your preparation?

Since I was working in Infosys at this time and my project was in a critical state, I was unable to find any time to study myself . So I decided to join a coaching center during weekends (which literally blocked my entire calendar for almost 1 year). The nearest coaching center to my place was GATE academy (1 hour journey in train and 1km to walk :D).

The faculties from IITs really injected in me the craze for gaining more knowledge. I was actually taken away by their way of understanding the subjects deeply. They used to solve previous GATE questions which made me understood the way we should think. And the lecture notes which I have taken during their classes were my main source of knowledge. Thanks a lot to all my teachers in GATE academy. Moreover, the mock tests which we had in TGA helped me to assess my weak and strong areas.

8. Do you find that CEC’s lectures helped you in securing GATE? Up to what extend?

Even though CEC’s lectures provided the base knowledge for all subjects, I think w.r.t GATE preparation for CS, it’s not enough. Mainly because, I feel in college, students were taught to write subjective exams and never taught to solve problems except for Maths. Real world problems were rarely taken in to consideration during college. For GATE, the main part is to understand the concepts and apply it in mathematical problems.

9. In your opinion what are the major reasons for your success in GATE?

I think the desire to perform well and that I was able to follow my own time table successfully was one main reason. More over, God was always there with me. The support I got from my parents and friends, especially room mates, and my office team mates were terrific. Even though studies was the main part of my life, I had plenty of fun hours with my friends which gave me plenty of leisure time. I think such a balanced life was very important to keep the brain and mind running in the proper track in the proper way.

10. What was your methodology while preparing for GATE?

I followed a systematic approach in my studies. I used to study for 0-3 hours max daily. There were many days when I never studied anything mainly as I used to get carried away by unimportant talks, movies, coming late from office and other stuffs. I tried to cover the topics taught in coaching center in the same week itself and then solved previous GATE questions. My studies centered around solving previous GATE questions. For questions and topics which I didn’t understand, I used to google it and settled only after finding an answer. Gate mentor forums provided a very good platform which provided answers and healthy discussions on previous gate questions. For CS, completely solved previous 10 years GATE questions by Made Easy publications was the book I followed. Anybody preparing for CS GATE should have it. I feel that at least 80% of the solutions given in the book are correct. Solving previous GATE questions multiple times can easily help one to clear GATE.

11. When did you complete the syllabus? And were you able to revise? (how many times)

To be frank, I have never seen the GATE syllabus yet J I was just following what I was taught in class. My syllabus was my class notes J I completed all the subjects once by December end along with solving previous 10 years GATE questions. I revised everything in January and, again in the last week before exam. Before taking GATE exam, I had studied all the subjects and solved all previous 10 years GATE questions at least 3 times.

12. How did you prepare in the last 2 months before GATE?

In January, I studied all the subjects quickly again and went through all previous 10 years GATE questions. I also prepared short notes for quick reference at a later stage. I took 1 week leave before my exam and during this week I went through my short notes completely and refreshed important topics and GATE questions as well. In the last 2 days, I was attending mock tests I collected from my coaching centers and MADE EASY text. I took 4 or 5 mock tests which boosted my confidence.

13. What suggestion and preparation tips would you like to give to GATE aspirants?

First thing is to develop a strong desire to perform well and prepare yourself to sacrifice some fun activities (not always). If a GATE aspirant is employed and don’t have much free time in office, I would suggest him/her to join a coaching center which will direct/help you to understand the topics that you should study. For those who are tensed, GATE CS paper questions are most of the time very easy if you know the concepts well.

There are plenty of repetitive questions. Solve previous questions many times and you will understand how you should think about each type of question. Identify your strong and weak areas and put in more effort to strengthen your weak areas. Once you do what you should do, give rest up to God, everything will be fine. If you have a bad habit of getting tensed while writing exams, take as many mock tests possible until you become confident.

Prepare at least 3 hours (almost) every day and when you study, learn it properly and learn by mainly solving the problems.

14. Which institute and specialization are you planning to take up?

I will be joining Indian Institute of Science (IISc), Bangalore for ME in Computer Science and Automation (CSA).