Riya Anie Cherian belongs to the 2009 batch of CEC. She was a seen-everywhere-girl during various co and extra-curricular activities at CEC. CEC has definitely benefited from her on various dimensions. After BTech, she decided to take a path which normally an Engineering graduate would not. She added one feather to the golden crown of CEC, by grabbing the prestigious fellowship at Prime Minister’s Rural Development Fellows scheme. She talks to us on her experiences during the PMRDF days inter alia her thoughts and aspirations.

This interview was conducted by her batchmates and friends: Sharon Vinod, Vineeth Palani and Reuben George Stephen. Thanks, for this ‘variety’ interview – in its content and style. 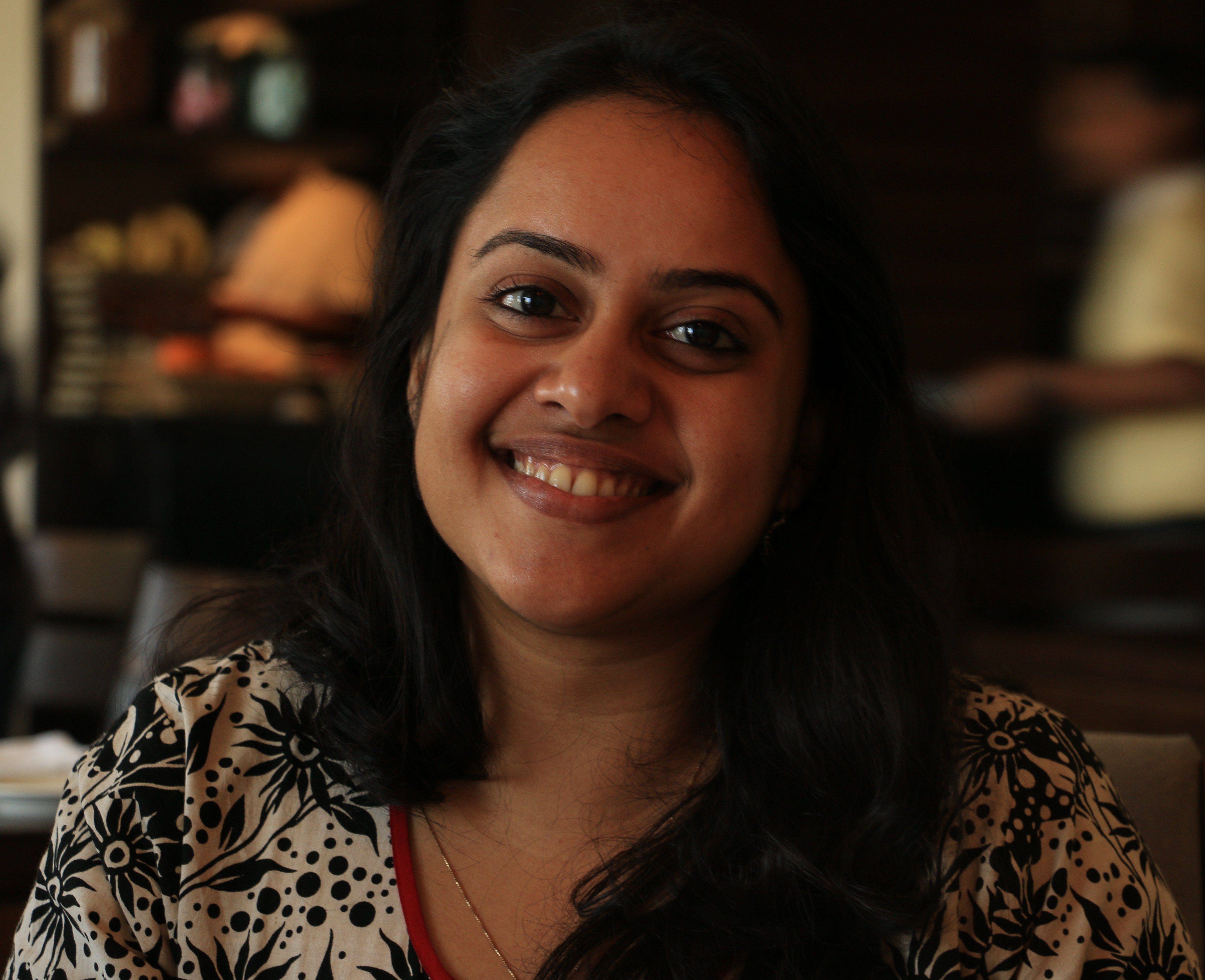 We understand that you were an NRI. After completion of engineering, you worked in I.T industry for a brief period. And again after 3 years, you joined PMRDF. What inspired you to take a sudden diversion?

It was never a sudden diversion. I knew that I wanted to work in the development sector right from college. What I wasn’t certain about what how to get started or where to start from.
I joined the I.T sector just because a few plans didn’t work out at that point. And the brief stint I had in I.T. sector helped me get my priorities right. I’ve seen and known many people who were extremely happy and satisfied with their I.T. jobs, including in my own team. But I.T. just wasn’t my cup of tea. I resigned when I felt that it wasn’t helping me focus. In fact, having a back up made me slack.

PMRDF wasn’t devised then. But when I first came to know about it, I felt it was a very good launch pad for anyone looking for a career in this sector, especially rural development. It places you right in the core of all the action. Let’s say I was lucky that things happened when they did and I could seize the opportunity.

After following a course like any other student in Kerala, you deviated from the well-advised path and chose to move in a different way. How hard was it for you to make a course correction and what were your methodologies?

Frankly, I didn’t think twice before putting in my resignation. I was sure that I did not want to continue with a job in I.T. It was better that way for me and the company. Satisfaction is what matters at the end of the day. And as I said, I knew my preferred area of work. So course correction wasn’t difficult at all. And my parents do need special mention here. They were immensely supportive of my decision. So that made it all the more easier.

About the well-advised path, well, I didn’t listen to too many advices about resignation. In fact I had a goal set for the next one year. Hence decision was already made before I told others about it.

I didn’t employ any methodologies. I was very impulsive.

How do you think your engineering skills have helped you with the kind of work your do in this field?

Ha ha….! I would have to first analyse my engineering skills to answer that. On a lighter note, I doubt if I have any.

Anyway, I think skimming through pages and pages of reports; narrowing down the relevant data; and finally their analysis to find patterns and gaps is a skill I developed in the multiple lab sessions of engineering years. But it’s hard to validate when exactly one develops a skill. They just develop and get honed with time and practice.

It’s hard to sum up what skills I acquired in those 4 years. It was a new life for me all together. I wouldn’t term it as merely ‘engineering’ skills.  College years teach you life skills. And it has definitely made me a better manager of tasks and richer person.

If given a second chance, would you have not done engineering and taken up something else?

If I had to take up engineering, I will go with Civil Engineering.

But there are more chances of me not sticking with the field if given another chance. I would pursue a humanities course most likely (read Sociology).

Regardless of the fact that you are not in engineering field right now, you are always a CECian. Can you please tell if CEC has played a bigger role in your life both personally and professionally?

I’ve taken a diversion from engineering. So I can’t really ascertain the role CEC had played professionally apart from what I have mentioned in the engineering skills part.

But personally, Yes! I was an NRI and CEC was my first lone exposure to a lot of things. It was here that I actually began thinking beyond the so-called beaten path. And a lot of it had to do with the friends I made during those 4 years. In fact, they have played a huge role in my taking many decisions I did during those years. I always had the backing from them for all that I had decided to do. Hence, because of all the support there was never a situation when I had made a doubtful decision.

I’m not mentioning names. In fact, had my friend circle been different, probably I would have taken a different path all together because the right support at the opportune time makes a lot of difference.

You are the only girl from Kerala in this PMRDF group. Did you feel any difference from the others in the group in the way of treatment or in thought process? If so, how did you manage it?

PMRDF is such a diverse group. I hadn’t encountered so much diversity even during my schooling years in Kuwait. The training period was really interesting. Every single day had its moments. And it also made me realize that there is so much out there that I’ve not witnessed, experienced or even thought about. I heard first hand experiences about several things I had come across only in print. It was rewarding. At times it was mentally taxing as well. I had encountered more cultural shocks in those 2 months of training than I had in my whole life. But in a way it was a preparation for field work also. A lesson rather! Such incidents broaden your thinking and make you much more accommodative. You learn to accept and respect differences.

Thought process is different for every single person. So it was obvious that one would encounter differences in such a diverse group. There were times when I was shocked. Other times, surprised. On occasions, there were disappointments. Sometimes you settle the differences. Other times you ignore it and move on (or force yourself to do so). That’s the only way to manage it.

Did you choose to go to North East? Why?

Yes. We had to give preferences of the states we wanted to be placed in. I chose Assam.

North East was entirely new for me. I hadn’t had much encounter with the region except for a few people I had met through some acquaintances.

I was always fascinated by North East. Probably because of the exotic light that it always gets portrayed in. The geography, the culture, the political systems and traditional establishments – everything is entirely different from the other parts of India. It is not every day that you get to experience the diversity and uniqueness of this region by being a part of the setting. And PMRDF was a chance to really explore this part of India. I may not have ventured into such an unknown territory without such a cushion. So the primary reason for my choosing North East was to explore the region by myself and witness the life here firsthand. Moreover, to work in this place at the field level would have been challenging and immensely rewarding.

How has your experience in Northeast and the people there been so far in terms of work and otherwise?

In work, I have always received a lot of consideration and help from people around. Not knowing the local language had been very constraining at times. But many people offered to help on different occasions. In fact, my former Deputy Commissioner used to even translate a lot of relevant information for me from Assamese to English in between meetings. People really go out of their way to make you comfortable. In fact, they’ve expressed happiness over the fact that someone from South was to work in this part. There have been difficult times. Not knowing the language at times makes it difficult to really bond with local people.

Outside the work front, things have been mixed. Cultural differences are quite glaring. And that’s why it has been very exciting so far. The one thing I had to really cope with, especially in the initial months was loneliness. Living alone in a completely new rural setting with limited connectivity can be very taxing mentally. That was primarily because a lot of things that we take for granted wouldn’t be there at all.

From your experience, is there anything that you wish would have been available in the Northeast from the South and vice versa?

I really wish for this part of Assam to have rail connectivity to the other parts of the state. The district I reside in is not connected to the rest of Assam by railway network. As such, long distance journeys are quite difficult, especially during winters. South India is so well connected by rail network. It is only now that I’ve started appreciating it.

I love the fact that in North East, people live their arts. They love their dance, music and crafts. It’s a part of their everyday life. I don’t know about other parts of South but it is not that way in my part of Kerala. 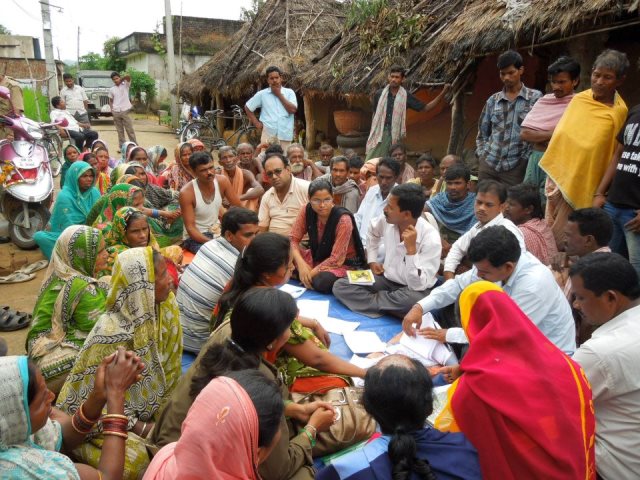 Security is the main concern nowadays, especially for women. As a woman PMRD fellow placed in the North East, how do you assess the security situation in North East?

The regular checks for security, as in any other part of the country, are here as well.

Apart from that, societal check is also in place here. Security is not just the ambit of security personnel. It has a cultural angle to it. And personal security of the women does get high recognition here. The society is largely sensitised that way.

What would you counsel your juniors (or anyone who reads this article) who wish to opt for such a career? How should they prepare? What are the qualities to focus on?

PMRDF is a fellowship and not a career per se.

Nevertheless, patience is an inevitable quality one needs to work at the ground level. A lot of patience, I must say. You may initiate an umpteen number of things and only one may materialize and eventually show some positive outputs. And outcomes would take a longer time to become observable.

Apart from this, one will have to deal with different groups of people at different levels on a regular basis. To get things done, everyone has to be brought on board. A good deal of tolerance and sensitivity to different points of view as well as the cultural setting is essential.

A lot of unlearning and relearning is mandatory. But those happen in the due course of work. The best thing about working in field is that learning is part of work. Most of the things get done by trial and error method.